This week we had amazing fun with our two investigations.  First we predicted what would happen to raisins which were put into a measuring cylinder of fizzy water.  We discussed that they might sink to start with but some of the children thought they might get full of bubbles and that might make the float.  We watched and waited as the raisins sank then floated and then sank again and then kept on dancing!  We discussed how the bubbles from the water could attach to what the children described as the raisins wrinkly skin, they then floated to the top but when the bubbles burst the raisin sank again. 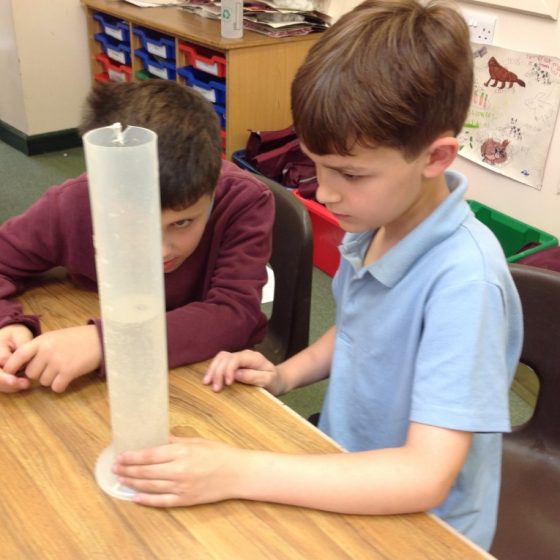 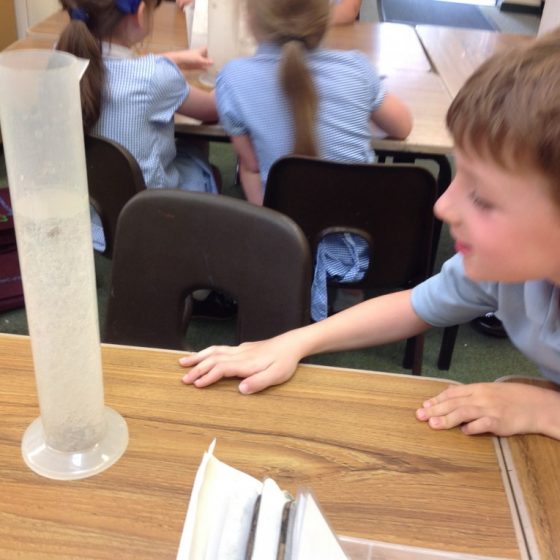 After this we tried out experimenting with Skittles – we created patterns on the plate and then added water and watched.  The patterns we created were fantastic, the children were really brilliant at observing on their experiments, they noticed how one blue skittle could create a huge band of colour in their pattern compared to three or four lighter colours. 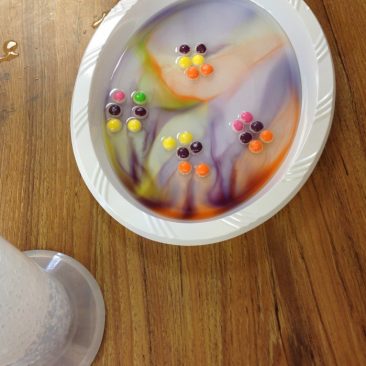 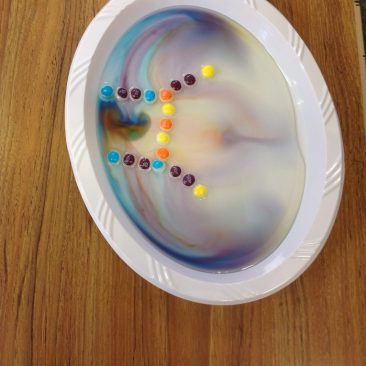 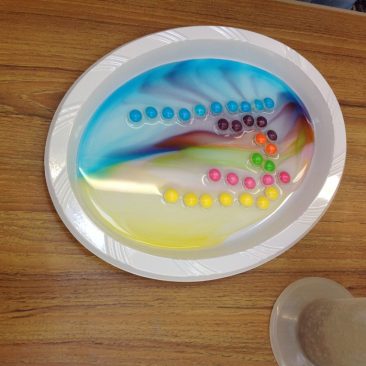 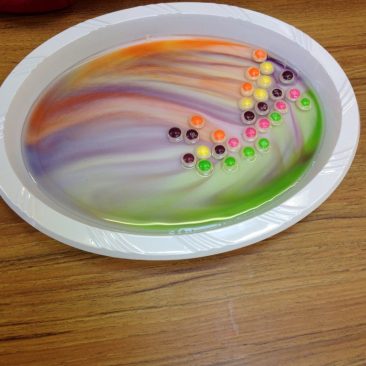 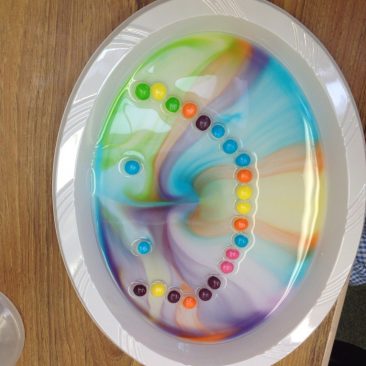 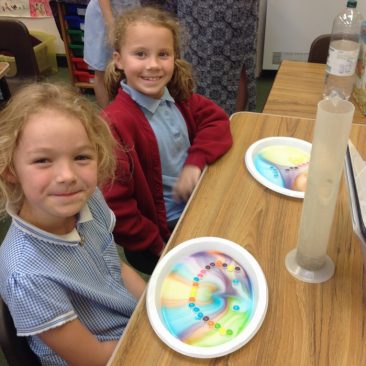 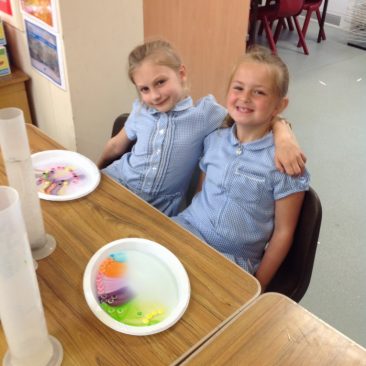 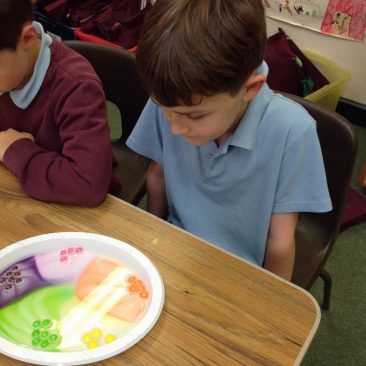 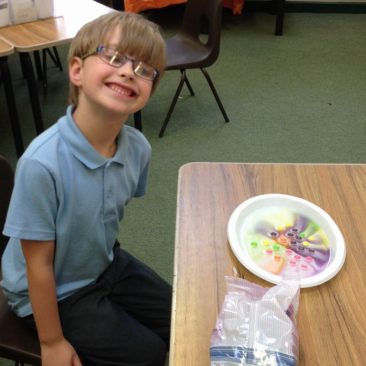 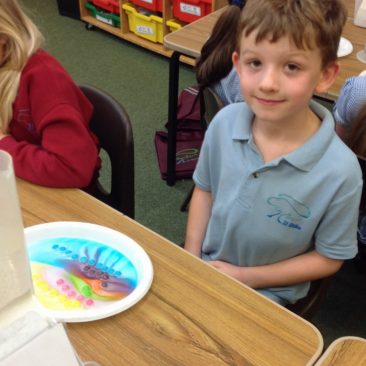 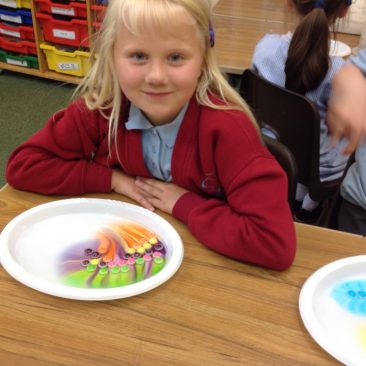 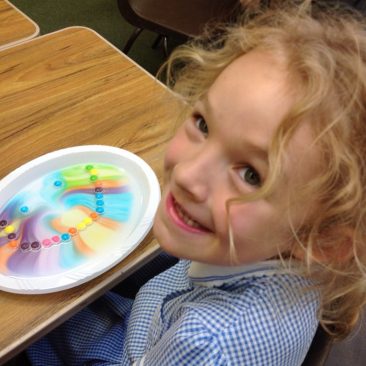 Finally we tried to see if the skittles would dance like the raisins but they just sank!!