In Maple Class as part of our Invaders and Settlers topic we learnt about how the effectiveness of the Roman Army supported the expansion of the Roman Empire.  We learnt about the different sections of the army and thought about what life would have been like as a soldier; writing letters home on pieces of wood.  We then designed and created our own Roman shields. 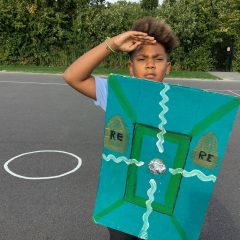 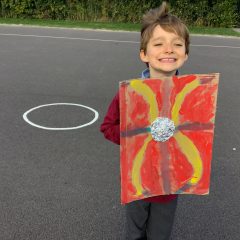 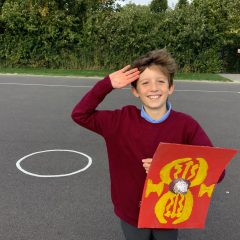 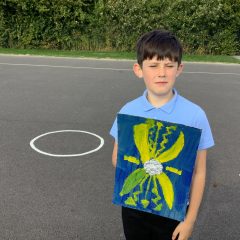 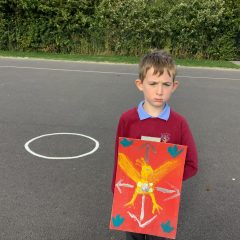 Next we learnt some commands that would have been used to direct the army:

We found out that each legion had upto 5000 soldiers and that one of their formation moves was a testudo – so we went out onto the playground and tried this out for ourselves! 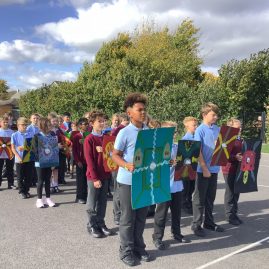 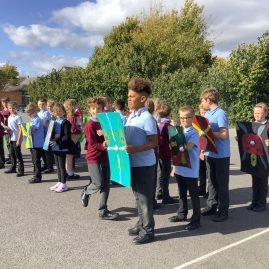 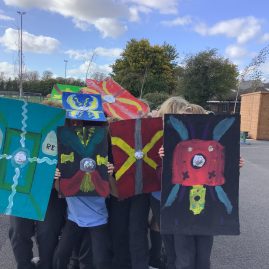 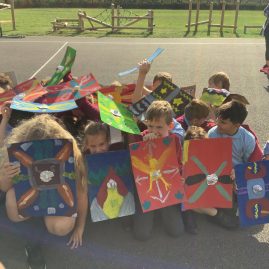 We decided that our shields just weren’t big enough and we wouldn’t have stood much chance against another army!