In Maple Class our topic is the Romans through which we have been looking at the legacy of the Roman Empire in Britain today.  We have been exploring the different buildings and their architecture.  We found that their buildings had lots of columns, on top of these was a triangular shaped piece called the pediment.  The columns were decorated at the top (capital) and the bottom (base) to make them look more ornate.  we made out own models of Roman Buildings and labelled the different features. 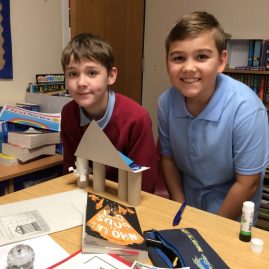 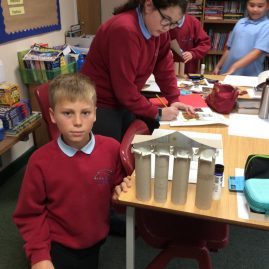 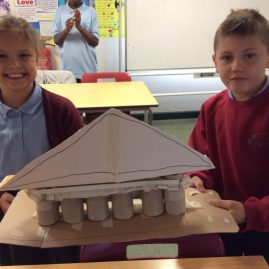 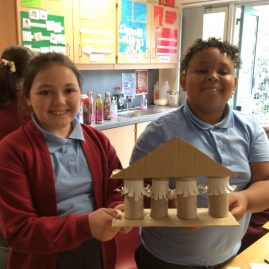 We then carried out an investigation to see if the shape of the column affected the strength. Using out DT skills we made different shaped columns out of cardboard; triangular prisms, hexagonal prisms, cylinders and square prisms.  It was quite tricky as we had to be accurate in our cutting and then score on all the fold lines.  Once we had made the different columns we predicted which we thought would be the strongest – most of us thought the cylinders would be as they were the shape used by the Romans! 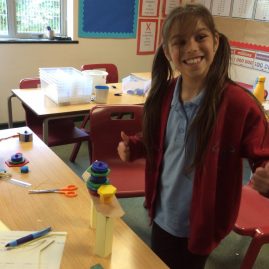 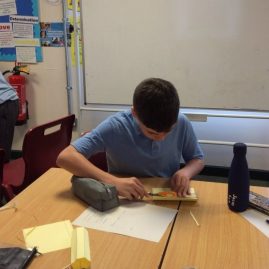 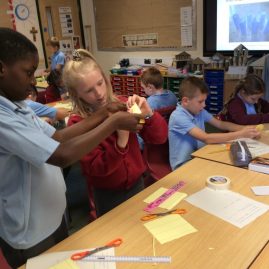 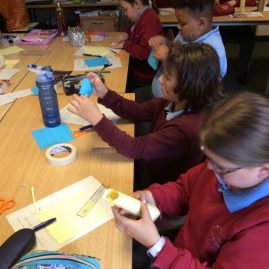 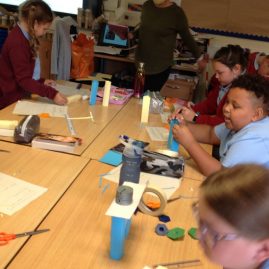 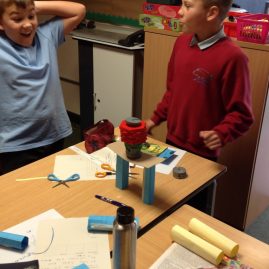 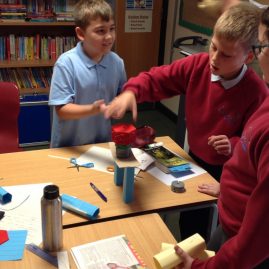 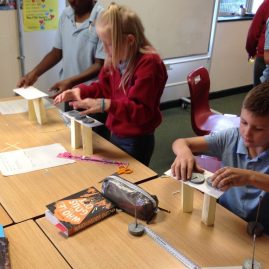 It was great fun carrying out the investigation, a bit noisy when the columns collapsed though though!