Helen Kendrick and 6 volunteers from the DAMASCUS churches delivered a messy church session.

This was attended by 29 St Blaise students, 3 pre-schoolers and their parents along with a further 8 parents who stayed for the whole time.  In addition 16 more parents joined us at the end.  We also had one pupil from another school and his parent along with 2 governors having fun with us.

The session was introduced by Helen who told us that Church is about the people not the place. We talked about Jesus being described as a vine.

The children had cake and drinks and refuelled.

The session was extremely active and engaging. Pupils made book marks, did painting, made a giant grape vine, ate and decorated grapes. Apple bobbing was very popular!

The children worked with their parents and volunteers – they enjoyed the session and actively took part in the end of worship. We wrote prayers and sang.

The atmosphere was really positive; the parents were very complimentary and were very interested in coming to messy church again.

The volunteers were really pleased with the positive attitudes and the amount of parents that supported. Helen hopes to roll Messy Church out to all of the DAMASCUS schools. 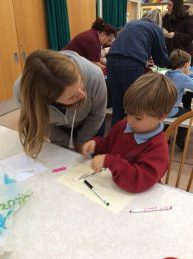 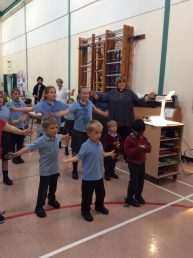 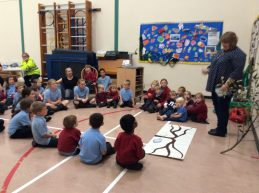 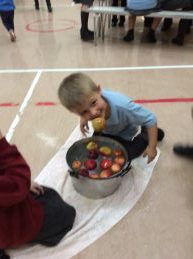 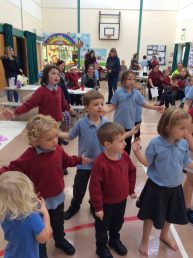 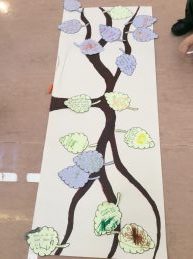 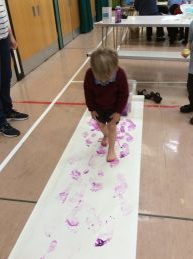 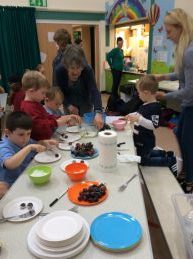 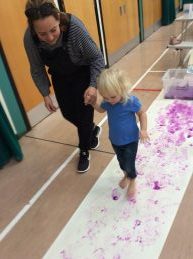 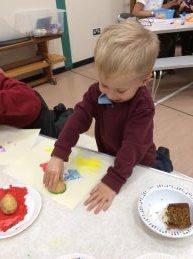 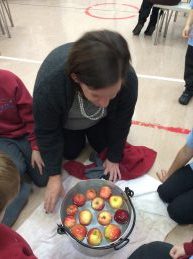 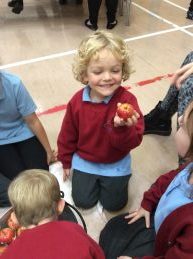 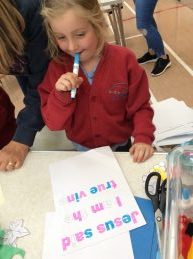 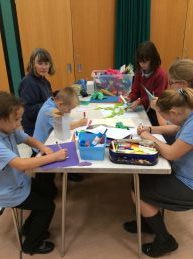 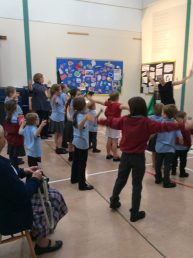