In Maple Class we are loving our topic of Earth and Beyond.  We have been learning all about the Moon – how it was formed, about the craters and the seas and why we only ever see one side of the moon.  We have also explored the movement of the Sun, Moon and Earth and finding out why this gives us day and night, the seasons, tides as well as Lunar and Solar Eclipses.

We found out that the craters were formed when the Moon was hit by asteroids, and that some craters are as big as the school.  The seas on the moon were formed when asteroids hit the Moon and the impact created so much heat that the Moon’s surface melted, when it cooled it caused the flat plains that we call seas. 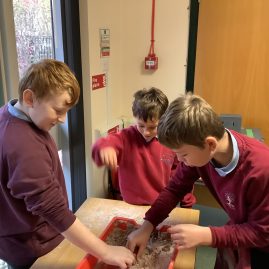 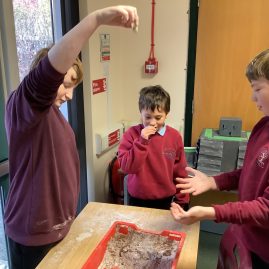 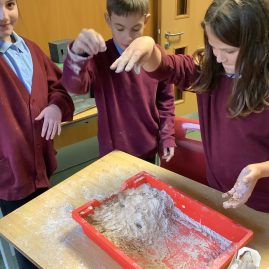 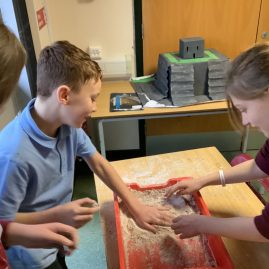 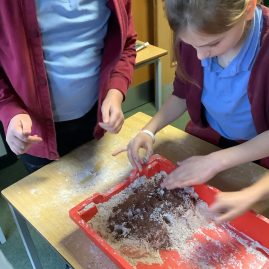 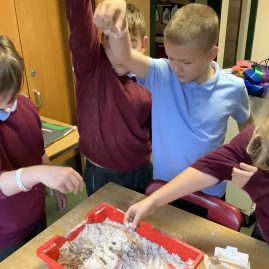 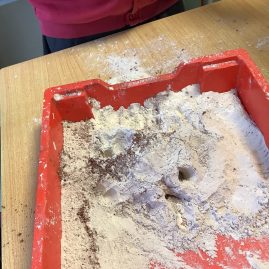 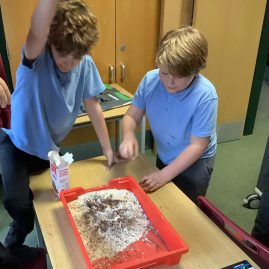