We were overwhelmed with amount of food that we received for our harvest celebrations. The display in the hall looked fantastic. The goods will be used by local foodbanks.
Oak began by showing us their fruit paintings and talking about colour.  Poplar class read some harvest poems and prayers.  Beech and Willow class had a ‘Bake Off’ crumble competition earlier in the week, they showed us photos and talked about the things that they had done.
Maple class wrote prayers – some of which have been used this week for worship. They also investigated the how food is distributed across the world. Martim led us on a fascinating tour of the continents. We discovered that Asia who have a population of more than 3x more than the rest of the world have very little food to share whilst Europe and North America who have small populations share more than 2/3rd of the world’s food. People were very shocked.
Rev Phil finished worship with words and prayers. 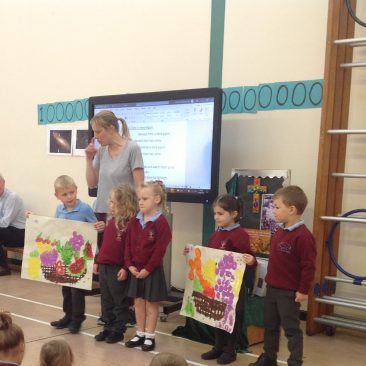 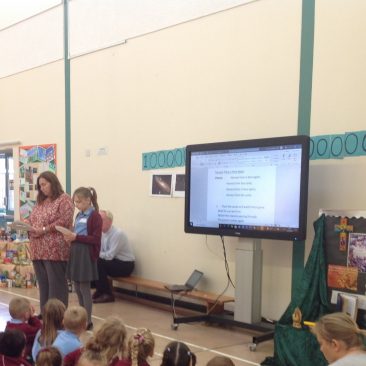 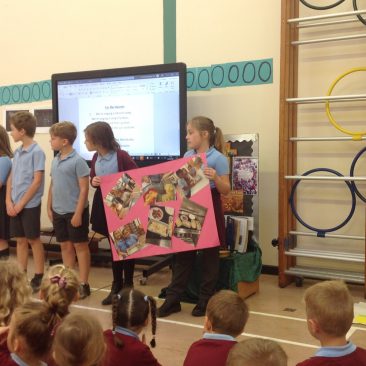 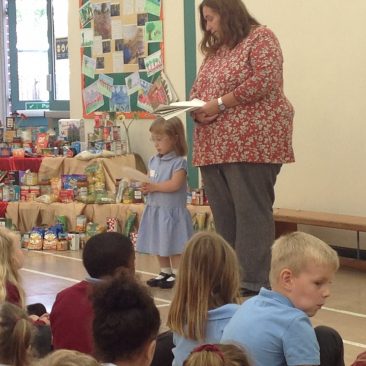 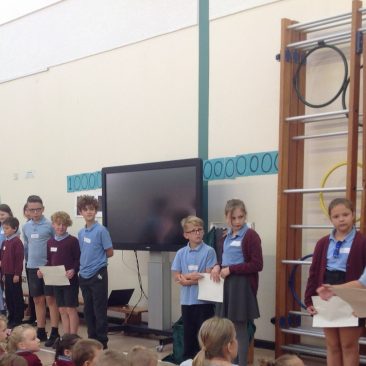 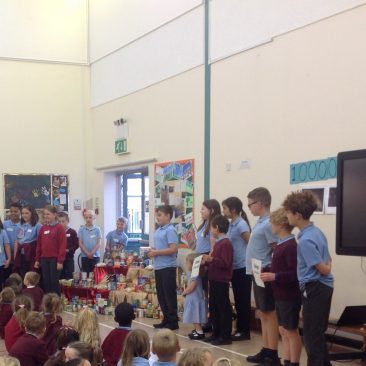 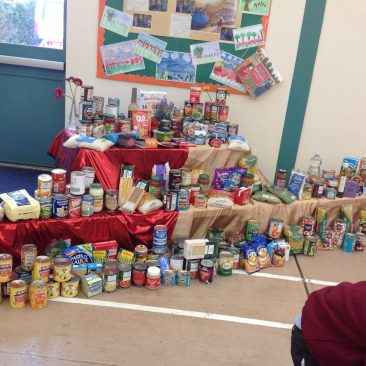 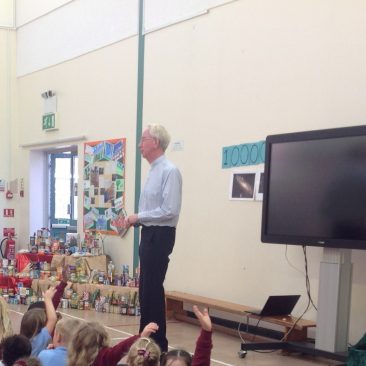 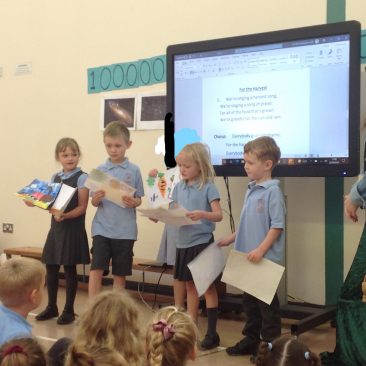