SHOULD SINGLE-USE PLASTIC BE BANNED?

Today, all of Maple class took part in a debate. They were asked this one question- SHOULD SINGLE-USE PLASTIC BE BANNED? The entirety of the class was split into two sides- team FOR and team AGAINST. They were given 15 minutes with the task of proving their side was correct. Each team sat together writing down what they were going to say and what order they were going to say it in.

After all was set and the time up, the class quickly took a vote as to should plastic be banned. The first votes scores were 15-12 to AGAINST – the class believed that the problem was how we as humans dispose of the plastic.

Next, the teams took it in turns to state their points. Team AGAINST began first. One by one, they stood up and delivered their scripts. After team AGAINST’s conclusion, team FOR began. At the end of the introduction, many more points and facts were stated.

At the end, questions were asked to the opposing team asking why they believed certain things and what they believed this would do to help recent circumstances. This went on for a while, volleying questions back and forth at each other. At one point, someone spoke in favor of the other team!

Finally, a second vote took place. Everyone put their heads down and anonymously voted for what they believed. After all votes were counted and received, they were displayed on the board. The results were 14-13 to team FOR. The class now believed single use plastic should be banned due to the persuasive points delivered by Team For! 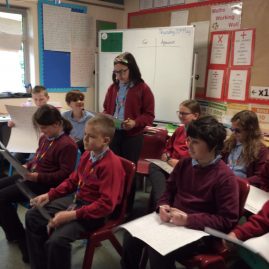 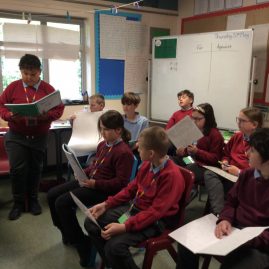 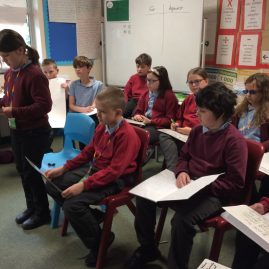 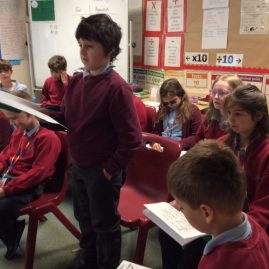 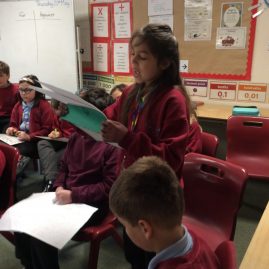 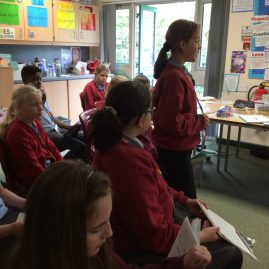 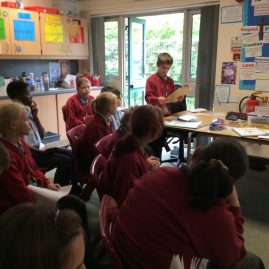